Home
Entomology
3 most common vegetable pests and their control measure

3 most common vegetable pests and their control measure 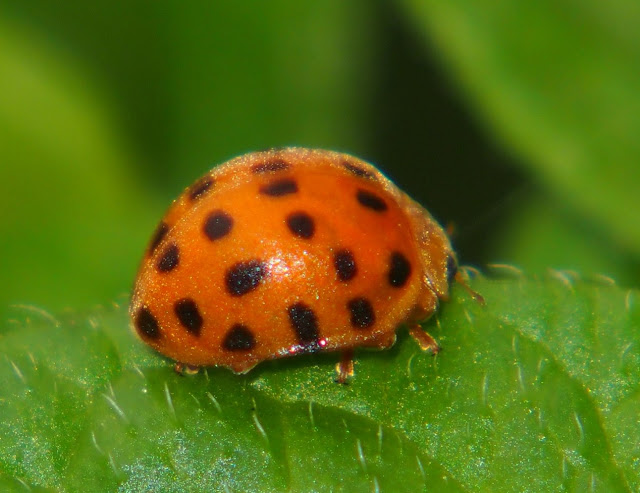 This is one of the major pest for vegetable crops in Bangladesh causing considerable damage to
brinjal,tomato, potato, bean and cucurbitaceous vegetables.

The beetles as well as grubs cause damage by feeding upon the epidermis of leaf tissues leaving
parallel band of uneaten tissues between the leaves. Thus present a tube like appearance. They turn
brown, dry up and fall of completely defoliating of the plant.

1. Eggs are laid in batches on the dorsal surface of the leaves.
2. Incubation period 4­-6 summer and 9-10 in winter.
3. There larval stages in up to 2 weeks, pupal stages in 1 week.
4. Longevity of the beetles more than one month, the pest has 4­-5 generation in a year.

 Collection and destruction of egg masses or nully has larvae along with leaves.
 Clean cultivation, crop rotation should be followed and destruction of stubbles from the field.
 The infested plant/fields may be spraying with Diazinon/ sabion/ Diginol 60 EC.
 Spraying with malathion/ zithiol/ maladon/ Fyfanon.
Resistant variety should be cultivated. Scientific name : Gnorimoschema operaculella.
Family : Gelechidae.
Order : lepidoptera. This is cosmopolitan in distribution and is a notorious pest of potato.


1.The insect is small in size and active at night. It lays about 100­150 eggs in or around the eyes or cracks  or on skin of expose tuber.
2. The incubation period is 3­-6 days.
3. The larvae become full grown in 15­-16 days and yellowish with a brown head.
4. In pupates in a silken cocoon.The adult moth emerge in a week.
5. Life cycle complete in about 4­-5 weeks.
6. There are 8­9 generation during a storage season.

The insect occasionally infest potato crop in the field but in particularly serious in storage. In the field the larvae mine into the leaves or bores into petiole, terminal shoots and developing tubers
underground during November to March and attacked the tubers in storage from April to November. The infestation in storage may range from 30to 70%. Tubers of potatoes are burrowed by caterpillar when cut and open the tunnel are  found make by them.


 The potato should be well cultivated and deeply hilled.
 After each irrigation, earthing up soil to be done.
The harvested tuber must remove from the field immediately and should not be allowed to remain
over  night in the field in exposed condition as moth may lays egg on potato.
 During planting tubers in the trances Diazinon/ Basudin 10g @ 6.88 kg/acre may be used.
Periodical spraying with Sumithion/ Edfen/ Fenitox 50 EC @ 454 ml/acre may be done in the
field.
 Tubers for seed can be protected from dusting, the bags with Sevin 85 WP 10% dust. 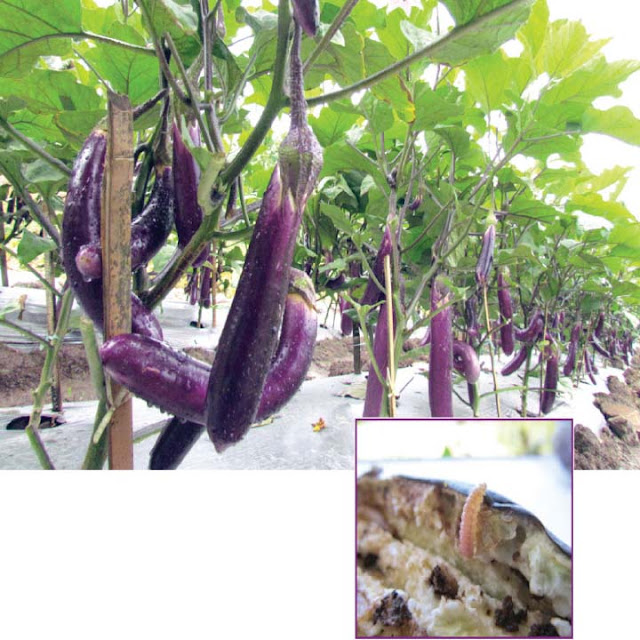 
1.The moth are white with small black spot on dorsal surface. Female moth lays eggs singly or in
batches  on flower shoots, buds and on the under surface of leaf.
2. Eggs are creamy white and hatched in 7­-10 days.
3. The larval period varies from 9­-28 days.
4. They pupate in cocoons among the fallen leaves, pupal period occupies 6­-17 days.
5. There are 5 generation of the pest in a year.

Caterpillars bore into petiole and mid rib of large leaves and tender shoots. In the later stage, it also
bore into  flower  buds  and  fruits.  The  flower  buds  shedding  due  to  attack.  The  inside of  the  fruit  is  damaged  considerably and the entry hole can be sinked plugged with excrete. Infested fruit become unfit for human consumption and marketing. it’s infestation on brinjal